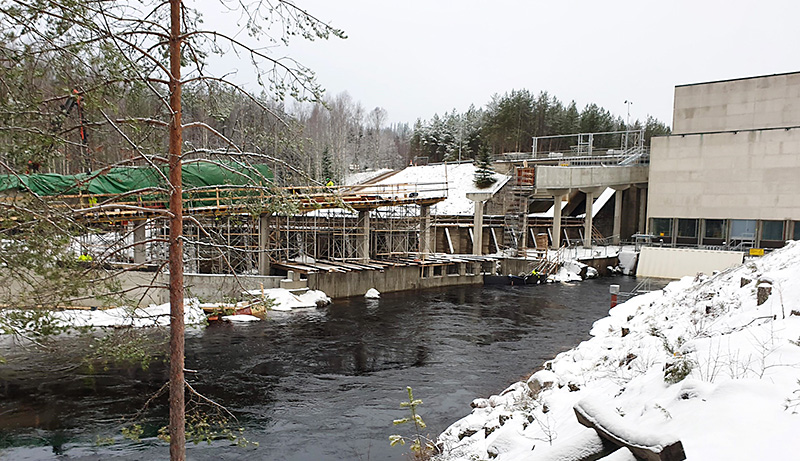 From a construction perspective, the Hietamankoski fishway is a 125-metre-long reinforced steel bridge structure consisting of a lower pool and an upper pool, connected in-between by a vertical-slot section, where water flows more slowly through resting pools. The project was particularly challenging because the fishway was to be constructed in a small space between the power plant’s lower channel and diversion aqueduct. Some of the work was carried out at height. Due to a lack of space and the environmental topography, the fishway consists entirely of technical concrete-structured sections. Some of the fishway rests on pillars and some are ground-supported. The lowest quarter of the fishway is partly constructed underneath the water surface in an excavated canal.

Construction work on the project began in April 2019 and the fishway was taken into use in spring 2020. The cost estimate totalled 2.4 million euros, and construction of the fishway received support from the EU’s Freshabit LIFE IP project and government key project funding. Vattenfall Oy was responsible for all other costs.

Fimpec as a fishway construction manager

Fimpec also took on the same roles in the construction of the Leuhunkoski fishway.

Reducing emissions from shipping – different kind of engineering work onboard a ship
Image
11.11.2021

Metsä Group’s bioproduct mill is a result of teamwork
Image
31.10.2017

Metsä Group’s bioproduct mill is a result of teamwork