Fimpec will carry out construction management and site management tasks as part of the owner’s implementation organisation at UPM’s pulp terminal project in Montevideo, Uruguay. 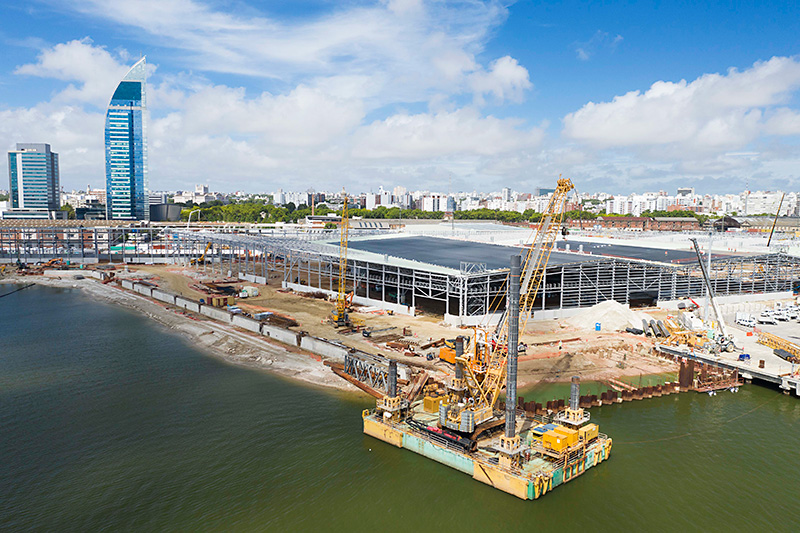 UPM has initiated construction of a new pulp terminal in Montevideo, Uruguay. The project will build a new dock, material terminal, and railway yard at the Port of Montevideo. The value of the investment is approximately 280 million US dollars. UPM will operate the terminal on a long-term contract and pay for use of the port.

Construction of Montevideo’s new port terminal is part of wider infrastructural improvements in Uruguay. These also include the modernisation of the railway between Montevideo and Paso de Toros, and repairs to the inland road network. The infrastructure projects will strengthen the preconditions for the development of commerce in Uruguay and ensure global transport routes for UPM’s new Paso de Toros pulp mill.

Fimpec’s contribution to the implementation phase of the port project, which began in August 2019, is around 19 person-years in total. This includes a construction and site manager, engineering and permit coordinator, a project engineer, who is responsible for scheduling and costs, and tasks for four construction supervisors.

“The port terminal is an important and interesting project for Fimpec. It’s an excellent reference and continuation of our other port terminal and warehouse projects. At the same time, we get to make use of Fimpec’s prior experience with the Uruguayan markets, which is one of our strengths in the project,” explains Marko Mäkimartti, CEO of Fimpec Uruguay S.A.

Fimpec has been involved in preparing and implementing large projects in Uruguay before, and its subsidiary Fimpec Uruguay S.A has operated in Montevideo since 2017. Fimpec has also strengthened its presence in South America and set up a new subsidiary in Chile, where it is taking part in equipment and electrical installation tasks in a MAPA pulp project via its customer.

“We are seeking new customer relationships in the growing greentech and wind power markets in South America,” adds Mäkimartti.